Recent Reads and Brief Comments on 'The Shadow of the Torturer' by Gene Wolfe; 'The Quantity Theory of Insanity' by Will Self; 'Flight' by Sherman Alexie; and 'The Bloody Chamber' by Angela Carter

Recent Reads and Brief Comments on The Shadow of the Torturer by Gene Wolfe; The Quantity Theory of Insanity by Will Self; Flight by Sherman Alexie; and The Bloody Chamber By Angela Carter

I've just read The Shadow of the Torturer by Gene Wolfe, The Quantity Theory of Insanity by Will Self, Flight by Sherman Alexie and I am currently reading The Bloody Chamber by Angela Carter. I'm always impressed by the variety of strong prose. There are no hard and fast rules for excellent writing - all these vastly contrasting works display an equally effective style.

Gene Wolfe's novel, The Shadow of the Torturer is part of his magnum opus. A giant in terms of the fantasy-sci-fi writing world, Wolfe has received almost every award around. I was led to this novel via a cold and clever novelette: The Death of Dr Island, a Locus Award winner (it is also part of the The Locus Awards - a collection that I've waxed lyrical about in numerous posts).

While The Shadow of the Torturer is likeable, I cannot, however, claim to be absolutely wrapped in it - unlike Wolfe's legion of fans. The work contains glimpses of sheer brilliance, even the library scene early, where print novels come in all manner of boutique cover is something which we may be nearing ourselves (to compete with their electronic equivalent).

There is once again that coldness to Wolfe's first person narration as well as his preference for an unreliable narrator. The Shadow of the Torturer is unusually rich in style, with many Greek and Latin words thrown in (including some newly derived ones), which has an effect of further 'classicising' or 'archaising' the future. Some readers may be challenged by this word smith's more vintage prose but I personally enjoy it. Ultimately though, Wolfe's dreamlike traversal from scene to scene may work for some but does not for me. In addition to that, I also have difficulties with the male-female relationships being so highly sexual; the ease in which the protagonist, Severian, drifts from one relationship to another irks me, as does the focus on sexual energy with regards to all his female companions.

I am interested in reading more of Wolfe's shorter works and will probably one day read the sequel, The Claw of the Conciliator (after all Shadow of the Torturer is still a worthwhile read) but for now there are plenty of other novels that have whet my appetite in a more satisfying way.

The Quantity Theory of Insanity is Self's first anthology. I won’t digress with a discussion on Self’s uniqueness as I've written enough pertaining to his style in previous posts. The Quantity Theory of Insanity did not quite meet my lofty expectations after reading his other collections - the title story and the one following, are (in this reader's opinion) the worst of his stories in the anthology, but then again I have an aversion to some of his psych-babble narratives. The other stories are all strong and typical of the refreshing writer that Self is. The disinterested Amazonian tribe in "Understanding of the Ur-Boro" is Self at his off-beat best; and the man in pursuit of ending all 'waiting' in "Waiting" is a hoot. 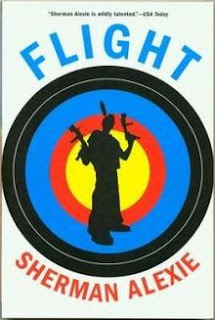 In contrast to the antiquated richness of Wolfe and the quirky, showy prose of Self; Sherman Alexie's Flight is a sparse, quick and fun read. Alexie does not bother with detailed descriptions and he reminds me more of Kurt Vonnegut or William Kotzwinkle in his unique ability to use humour and satire. Flight utilises the voice of an adolescent American Indian boy who has been callously fostered about. Flight remains true to the protagonist's voice and does not try to toy around as much with words when compared to Wolfe, Self and Carter. It's honest, critical and successful in illustrating the world of dispossessed people everywhere: Alexie's novel is as relevant to the Indigenous Australian as it is to the American Indian. Flight is simple, overly didactic, but thoroughly enjoyable. If you are seeking rich prose then it may not be suitable but if you like Vonnegut or Kotzwinkle, then pick Flight up. Alexie's short works are also frequently gems. 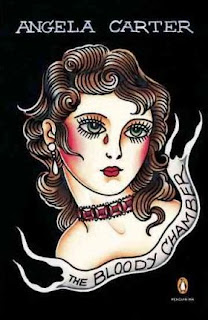 Angela Carter's The Bloody Chamber is syrupy-opulent and I’m currently indulging in its decadent prose. Carter has a remarkable voice and her talent is clearly shown by her utilisation of a hybrid narrative in more than a few stories here. The Bloody Chamber reads like a Greek honeyed pastry - suitably rich and naughty. I just want to indulge in a single story at each sitting rather than ruin my appetite. More than one piece of baklava, kataifi or galaktoboureko may spoil the treat.
Posted by Anthony Panegyres at 2:58 AM