Robin Pen, my resident book guru at Planet Books (in Perth), ensured me that Swamplandia! is the best novel from last year’s crop. Having already read that it was short listed for the Pulitzer Prize, I bought the book - and Robin proved once again why he deserves his ‘book guru’ mantle. Swamplandia! is an extraordinary debut novel from a young writer whose abundant talent caused me (and I would imagine a good many other writers too) to turn varying shades of green. 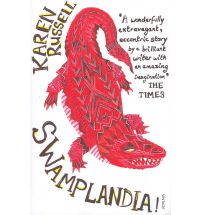 The story chiefly takes place on a swampy Florida island where the pseudo-indigenous ‘Bigtree’ family run an alligator theme park. Some members of the family wrestle ‘Seths’ - the Bigtree clan’s sobriquet for the ancient reptiles. Mother Bigtree is the star attraction, where she dives from a high board into a pool full of seths to then swim through to the other side. When she, the great crowd pleaser, dies, and an immense theme park, the ‘World of Darkness’, opens on the mainland opposite, ‘Swamplandia!’ falls into dramatic decline. The nucleus of the family is gone and the Bigtree clan tear apart at the seams without their defined roles protecting them.

Without dallying too much over the plot, the novel focuses on Ava Bigtree, an aspiring alligator wrestler who is in effect left stranded. Her father tries to save the park with grand visions; her older sister, Ossie (in a fragile but wonderfully whimsical mental state) has fallen for a ghost; and her brother, Kiwi, has fled to the mainland with aspirations of saving both himself and his family.

Ava’s story is told in a highly effective first person. And, while no girl her age would be that articulate, I loved the narrative voice, which does not dumb down language to maintain effect but rather plays with it in a manner I personally prefer. The voice of Ava still shines through but the prose maintains a rich feel. The passage below, which recalls a nightmarish folktale, illustrates this:

“This part always made me dart under the covers, because I couldn’t stop seeing poor Miss Drouet in my mind’s eye, gagged and dragged down to the water by her murderers, dead already and now drowning, too, her cloth dress opening up like a flower on the swamp water in a mixed-up and evil chronology. Her dead body floating. Her dead face, the mask of it, rising and falling on the sea’s uneasy breath.”

Kiwi Bigtree, the other focal character (written in a close third person) is thrust into suburbia. He finds work in the opposition park and tries to make his own way, learning a whole new culture in the process. All the books that he has read mean little amidst the hormonal ragtag teenage crew:

“It was unwise to mention colleges, or hopes. Telling your fellow workers that you were going to Harvard was a request to have your testicles compared to honey roasted nuts and your status as a virgin confirmed, your virginity suddenly as radiant and evident to all as a wad of toilet paper stuck to your shoe, something embarrassing that you trailed through the World.”

Like any novel, Swamplandia! is not above criticism. Perhaps the swamp-trek scene that Ava is lured into in order to find her sister could have been handled more succinctly or less obviously; then again, it did hold me, and Russell appears to be writing along the lines of Joyce Carol Oates here, who often intentionally maintains reader interest with an inevitably dark and expected climax.

Initially, I thought the aftermath of what Ava endures not resounding enough   but on reflection I think that Russell handles it in a unique way. It works well, and after all, not everything in literature needs to be overtly solemn.

Ossie’s retelling of her love's, the deceased dredgeman’s, past, does, however, wane. Although superbly written, it is both an unneeded and unwanted distraction from the main narrative – I found myself skim-reading a few of the fifteen or so pages.  But if any of the aforementioned aspects are flaws, they are minor when compared to the work in its entirety. 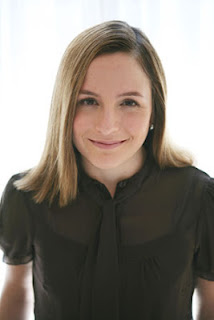 Karen Russell’s prose is sharp, observant, wickedly clever and reminiscent of a merry fusion of George Saunders and Kelly Link. On very rare occasions, a phrase or two does come across as a little too ‘cute’ and borders on the ostentatious – but not in the sense of authors like Will Self or Glen Duncan (both purposefully indulgent writers that I similarly hold in high regard). With a voice and prose as ambitious as Russell’s, this minor issue is expected at times. Russell, for the vast majority of Swamplandia!, manages her fertile writing with all the aplomb of a well-seasoned veteran.

I am now a Karen Russell fan, difficult to believe after only one novel, but Swamplandia! is such a poised and resounding accomplishment that Russell deserves praise. In fact, I was so impressed that the day after finishing, I tracked down and bought her anthology, St Lucy’s Home for Girls Raised by Wolves.

I will forever remember Swamplandia! as the novel that should have won the Pulitzer for 2011. I hope that Karen Russell's career has the longevity of one of Swamplandia!'s old monster seths -  because this 'goil' can write.

Posted by Anthony Panegyres at 10:12 PM