Upcoming Panels
Swancon 40 is here on the 2nd- 6th April at The Pan Pacific Hotel. So if you’re interested in spec-fic of any genre (and not just writing and reading – there’s plenty of variety on offer) come along!

I'm on two panels. The first I'm very excited about:

What Makes a Good Short Story

Everything and anything you want to know about the genre short story – questions from the audience welcomed!

I'll categorically state right now that I don't believe there is a formula or secret method to a great short story. Some are rich, some poetic, some spare and economical, some unveil, others tell all.

What I do hope for is that the audience feel free to drive the discussion: ask about the market, the lengths, the possibilities, the pay, the great Australian exponents of the genre, and, above all, the craft itself.

My general motto is to learn the general 'rules' of writing and then learn to break them.


The second panel is:


Crits and Grits - When Are Crit Groups A Good Idea?


Crit groups and writing groups are an important part of the business of writing. When do you need to find one? When you do, how do you handle hearing things you don’t want to hear? Will you ever be friends again? Do you ever NOT need a critgroup?


I can’t confess to being an expert here but I do have a couple of good friends that I share with. I always believe in ‘constructive honesty’ when critiquing.

‘Submerging’ from Overland 214 and The Best Australian Stories 2014 has found its third home in an anthology edited by two renowned poets. More specific news to come when the TOC is released.

And for the latest review of The Best Australian Stories 2014 please feel free to read the one I've linked to from The UK Spectator:


And ‘Lady Killer’ a dark fantasy/horror will be released in another anthology I’m excited about in August. Once again, I’ll update you when the time comes. 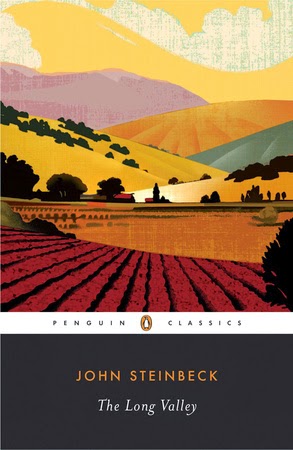 While on the topic of short stories, it's worth observing that many readers don’t relate the American giant John Steinbeck with spec-fic, which isn't at all surprising as his novels are predominantly of a highly realist vein.  But in short fic, John Steinbeck certainly employed strong fantastic elements. I'd even go as far as to say that he was a ‘master of the genre'. Try The Long Valley. ‘Johnny Bear’ is a great starting point in this brilliant anthology.


I’ve also read the novel The Prestige by Christopher Priest, which in terms of structure and semi-unreliable narrators is superb. I highly recommend it.


And my book club just finished reading The Shadow Year by Jeffrey Ford. In parts the work reminded me of The Lovely Bones by Alice Sebold due to the memoir-style narrative, as well as The Ocean at the End of the Lane by Neil Gaiman, also in terms of narrative (although Ford’s prose is richer and targets adults) but also with regards to one's memories blurring reality and fantasy.

I never thought I was a fan of memoir-style narratives but I must have been fooling myself. Ford’s reflective narrative allows for each chapter to become a vignette of its own evoking a vivid sense of place. The Shadow Year explores memories of childhood, as well as connection-disconnection within family and the neighborhood community, all threaded together via surreal mystery - with mystery's accompanying shades of terror and suspense peppered throughout. Ford employs sharp, authentic dialogue and his prose is replete with wonderful sensory imagery.
The Shadow Year will take you back to your own childhood, but the genre elements and the gentle blurring of 'what is real' and 'what is not' along with Ford's writing make this a marvellous work

Fortunately, the book club I'm in has been providing hit after hit of late with the two latest reads: Stoner by John Williams and now The Shadow Year by Jeffrey Ford, delivering two of my favourite reads. And even though it wasn’t via the bookclub, The Prestige is now a fave of mine too.

So for those after a few reading recommendations, try: The Long Valley by Steinbeck, Stoner by John Williams, The Prestige by Christopher Priest and The Shadow Year by Jeffrey Ford.
Posted by Anthony Panegyres at 9:40 PM