I keep my private life largely out of this blog - it's more about reading and writing. So if you're after something more personal I apologise but if you're after a few recommended books you've come to a welcoming place.

I read 32 books this year, which is up from my norm of late. I read a number of strong books, which I’d happily recommend. Let me know if you want specific thoughts on any of those listed below (happy to hear yours too).

The Prestige Christopher Priest
The Blade Itself Joe Abercrombie

The Year of the Ladybird Graham Joyce

Before They Are Hanged Joe Abercrombie

We Always Lived in the Castle Shirley Jackson

The Man Within Graham Greene 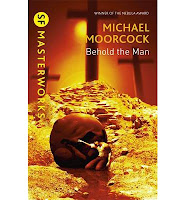 The Dwarves by Markus Heitz

I thought I’d mention my top 4 novel reads for the year  - many  came close.

The Shadow Year by Jeffrey Ford

A wonderfully reflective novel relating to family, childhood and the neighbourhood, more like a memoir, but peppered throughout with a dark mystery. Superb.  Deserved its World Fantasy Award.

The Prestige by Christopher Priest.

Dueling rival magicians from different backgrounds weave webs of deceit and illusion. Though there is a contemporary first person thread the text is largely epistolary, which suits the late Victorian and Edwardian era in which the novel is chiefly set.  In a structural sense, along with its intriguing unreliable narrators, The Prestige is a masterpiece. Very clever. 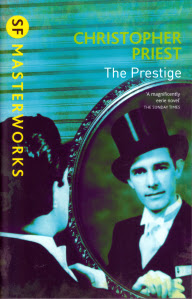 The Blade Itself  by Jo Abercrombie

Love Abercrombie's short stories and I now say that I’m now a fan of his longer work too. Not everyone’s cup of tea but Abercrombie’s characters are vivid, there’s plenty of escapist action and acerbic humour and his lively active prose has dollops of impressive imagery. Perhaps Abercrombie tries too hard to subvert genre narrative conventions at times; the red herrings and overt subversion make it fall a little short in terms of overall plot but there are plenty of exceptional scenes. Gripping, fun and you’ll enjoy the series. 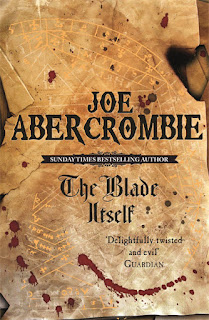 The Year of the Ladybird by Graham Joyce

Joyce’s passing was a sad loss to the world of literature this year. The Year of the Ladybird is a gentle read and a wonderful love story. Set in an old fashioned summer entertainment camp in coastal Skegness, the novel’s nostalgic setting allows for an array of colourful characters. It explores a vanishing culture, nationalism, love and coming to terms with one’s past. A lovely summer read. 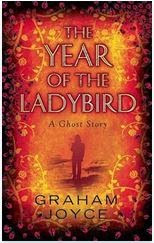 Anthologies
Two anthologies really stood out for me (not including anthologies I have stories in or in recommended reading lists here as that just seems unethical): My Mistress's Sparrow is Dead: Great Love Stories from Chekhov to Munro ed. Jeffrey Eugenides and the old classic Points of View: An Anthology of Stories ed. James Moffett & Kenneth R McEelheny.

Like most anthologies there are a few stories I dislike,  but there are also many incredible works in these two anthologies. A few featured on last year's short story list and more will be on this year's (I'll put it up in soon)

Wishing you all a fruitful, thoughtful and happy 2016.
Posted by Anthony Panegyres at 4:17 PM