Starting with the very small down side, only a couple of reads truly disappointed: by the time I read the The Warlord of Mars, the pulpy road's gloss of the initial novel in Burroughs' Mars Trilogy had worn very thin; the other disappointment was Aleppo, which had my favourite historian resort to chapters that were entirely primary source extracts. Mansel might have been under a tight timeline or intense publishing pressure as Aleppo is not a smidgen of the quality of his other works. His usual narrative edge is also sadly absent.

Great Apes Will Self

Lincoln in the Bardo George Saunders

The Gate of Angels Penelope Fitzgerald

The Woman in White Wilkie Collins

Keeping the extended commentary to two, but as mentioned earlier there were plenty of great reads. Great Apes and Revolutionary Road, although vastly different, are easily up there with the best books I've read. My next two favourite reads were Northern Lights (a delightful and unashamedly British steampunk adventure), and Gore Vidal's Burr (an historical fiction about a man who was much more than simply the 'arch-villain' who killed Hamilton).

As expected, George Saunders' Lincoln in the Bardo was excellent; and Yellowcake Springs impressed as a local dystopian novel. It was also nice to read a thoughtful Australian children's novel: Magrit by Lee Battersby is rhythmic and unique. I could go on and on...

Great Apes by Will Self 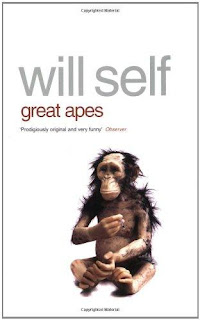 Great Apes is a brilliant absurdist satire with Will Self at the peak of his game. Symon Dykes awakes from a drug-infused psychedelic night out to discover himself as a human entrapped within a chimp's body in a world of chimpanzees. And what's more, his girlfriend is a chimp perfectly self-accepting of her own chimpunity. This parallel world of 'Planet of the Chimps' functions much like ours with cars, universities, arty-farts, academics, and more, yet the chimpanzee's 'primate nature' still reigns supreme. Self's favourite clinical psychologist, Dr. Zach Buzner, is a chimp past his prime but still perilously clinging on to his Alpha Male status. For once Buzner (a reoccurring character in many Self stories) is sympathetically portrayed. We are endeared to him with his drive to save Simon and restore Simon's sense of 'chimpunity', while simultaneously dealing with his own clan; dealing with other males aiming to topple his reign; and dealing with the overly ambitious world of academia in general – all with ample and admirable cunning.

The novel is incredible at a micro level, where Self's wit constantly delights. And with Great Apes, Self manages to do more than produce his usual cutting satire, he also manages a warm and empathetic connectivity with the reader in relation to the entire cast of main characters. This element of connectivity was what I felt Where the Dead Live, although very good, did not quite achieve. Through the exploration of our chimpunity, Self strikes a deliberate unique chord with our exploration of our own humanity.

Great Apes is Self at his irreverent best. Perhaps the ending was forced, but the journey is not only forever witty, but also thoughtful and hilarious. Self always overdoes it in one or two scenes, but these stretches are also what makes Self a brave individual in a world that often rewards a mundane or conservative approach to prose. The literal brown-nosing metaphor at Oxford was a point of overkill for me. That aside, I pant-hoot to this work's great merit. I submissively pant-grunt, bend low and offer my fragrant backside to Self, a true genius. 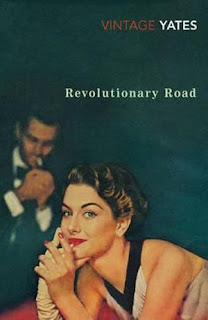 I'm a huge fan of Yates' shorter work, in fact I've read all of his stories, but I had delayed reading Revolutionary Road and his other longer works – perhaps I didn't want them to take the shine off his short stories. But I was blown away, once again, by Yates. Although I should note that my book club was far less enthusiastic about RR.

Frank Wheeler imagines (at times...) that he is above the urban and cultural uniformity of the American burbs. His wife April, would like to regard him that way too (Once again – at times...) In their dream, they are a pair of thinkers and philosophers being stymied by the American way. The reality is that Frank, rather than subversively 'role-playing' in urban America, is only fantasising for his and April's benefit, and is as much a player in the monotonous American way as his neighbours.

On the surface, Frank and April are the new mid-1950s American Dream: both are attractive with a good house in the suburbs with the world at their feet. Dig just a little though and their relationship is no more than a doomed downward spiral built up on false foundations and illusions. The idea of moving to France is April's solution for them both; a means to something more unique and far more artistic than what the American burbs can ever offer. And with this dream in debate, Frank gradually unveils his layers of falsity.

Sounds  all gloom and doom...and it is... but it's a truly sublime novel.

Yates, as usual, not only portrays the urban disillusionment and urban discontent, but also the cultural buy-in of it all. He also makes some wonderful narrative turns and captures the human condition here like no other writer can. I also love Yates' prose. It entails a purposeful mix of telling and showing that rolls the story along without it every being a drag, or at the other end, without ever evolving into a thin fast-paced romp.

The small array of characters works well, especially when the sole 'truth-speaker' in RR is a man who visits under the careful eye of his folks as an outing from the lunatic asylum.

Frank's self-regard and fatuous inclination to assert his own masculinity will make you want to throttle him at times. April wants Frank's lofty self-regard as a creative thinker to be real and hopes that France will bring out the 'authentic submerged' Frank. Frank likes that April still sees him  as this figure (at times...) – one above the mass manufactured suburban American.

RR is full of irony and dark humour but it is also compassionate. Only at the very end does it resort to melodrama - which, by that time of the novel, works a treat.

And the little afterward is one of the neatest endings I have read.

All three collections that I read by Saunders were a riot, with Pastoralia my own personal favourite.

And at the other end of the spectrum, in a more controlled, realist manner, Rebecca Lee's Bobcat and Other Stories is wonderful. It may be a little too centred around university and academia at times, but the controlled rhythmic prose is Munro-esque, as is Lee's insight into relationships.

And very briefly for nature lovers, The Genius of Birds is a treat.

And for travellers or Australians, In a Sunburned Country by Bill Bryson is also great fun, although the initial cliched hyperbole about how dangerous Australia is is dull and disappointing, especially when compared to gun-toting America. But after the opening, Bryson's warm and humorous voice will win most readers over. It did me.

I had two personal faves that I saw on screen. Firstly, the quirky and powerful exploration of a polarised American identity: Three Billboards Outside Ebbing, Missouri; and secondly, the celebratory biopic Bohemian Rhapsody, which also rocked me.

Posted by Anthony Panegyres at 11:22 PM