'Writers [on Writing]. Collected Essays from THE NEW YORK TIMES'

'Writers [on Writing]. Collected Essays from THE NEW YORK TIMES'

There is no mythical spring that all writers draw from. Some writers will say you must do certain things. Some will say write a thousand words every day, others two thousand, and others will demand that you have down time. What is apparent is that my process is different from others and others are different from others in turn. It's a world of 'otherness' and the spring is, in fact,  an ever-changing waterbody. We all envisage and drink from it in different ways .

I don't know anybody who writes in the same habitual fashion as somebody else. Some writers run and ideas stream in, some writers have ideas come to them in dreams, some writers are inspired through reading, some through their own past; the list goes infinitely on. There are writers whose sources are numerous and blended, others singular and bizarre. Perhaps there is a sprinkling of clones out there but I have not unearthed any - and I have been digging. 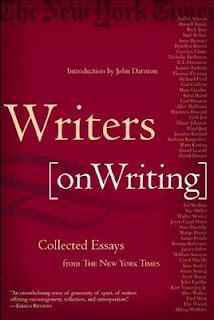 I feel that my own personal connection is often with place or event(s)-and-place combined. From these memories more vivid stories grow and, with some tuning, I can transfer these events to other time periods. For instance ‘Reading Coffee’ is based well before my time (Kalgoorlie 1916) but many of the cultural aspects, especially the funeral opening scene, come from my own childhood experiences at wakes.

I often feel a connection with natural settings. The mud squelching under my feet as we pushed the red dinghy into the Mandurah estuary is still vivid to me. Mudskippers, hopping away like miniature amphibious-fish from prehistoric times, the sandflies, the spiky reeds, the colourless wooden jetty whitened by birds and the birds themselves: pelicans, cormorants, darters, egrets, herons, ospreys, sea eagles and gulls. The estuary speaks to me as clearly now as it ever did, its waters more welcoming and warmer than the ocean, even though it largely speaks to me from my primary school years.

Other places talk to me too but future posts will be more suited to explore those landscapes with the description and time they deserve.

So, much of my own fountain comes from place; whether I like it or not, I cannot ignore it. It is the great aunty and uncle that remain at your house - don’t speak to them at the table and they still have a presence. You can feel their bony or fleshy embrace; taste their tobacco-stained skin when they insist on kissing you; you can hear their playing cards land on the table in a magnified manner, as if they are far heavier than mere aces or jacks; you can hear their voices too, accents from another era, either enchanting or haunting you. Ignore them but they will still be there. It is the same for me with place. It remains with me, whether or not I choose for it to be there. It has its own ever-present imagery: tastes, touch, sounds and smells.

Where is this all heading? Well, I felt obligated to give a little insight into my own craft before introducing Writers on Writing, a wonderful collection of essays from THE NEW YORK TIMES.

Rather than summarise or rehash the essays, I thought I'd provide sporadic posts with a quote from an essay, with or without some general comment, depending on my mood.

These quotes may or may not relate directly to the essence of the piece -  but they will certainly resonate with me and hopefully with you too. Readers form a reciprocal relationship of sorts with a writer, however brief it may be. I hope these quotes inspire or stimulate or interest you.

Relating to the collection itself, I can only recall reading seven of the writers’ fictional works: Richard Ford, Carl Hiaasen, Gish Jen, Joyce Carol Oates, William Saroyan, John Updike and Kurt Vonnegut Jr.  Naturally, it could be that I have read more which I fail to remember. Many of the other names will be familiar to you – as they were to me.

So, starting soon, I will post something from ‘A Literay Pilgrim Progresses to the Past’ by Andre Aciman (the first essay).

On an end note: I have just read Red Spikes, an anthology by one of our short story magicians, Margo Lanagan. Lanagan writes with a strong, heartfelt voice that leaves objectivity by the wayside. This particularly honest and astute narrative voice means that even the worst of her stories is impressive (Lanagan is incapable , in my opinion, of writing a terrible story). My personal favourites in this collection are: ‘Baby Jane’, ‘Winkie’, ‘Hero Vale’, ‘Forever Upward’ and ‘Daughter of Clay’. Favourites aside, in Red Spikes there is something to admire in each and every tale. 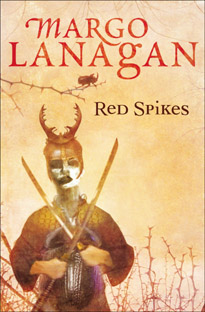 And with a final-very-end-of-the-tail-note, I am currently reading Oxord University Press’ A Very Short Inroduction to Aristotle by Jonathon Barnes. From what I have read so far, I think Barnes must be an understated kind of guy. If it his idea of a 'very short introduction' than the Swiss Alps or the Urals are probably just sand dunes to Barnes. I'll have to thank him for keeping my neuron synapses firing away. 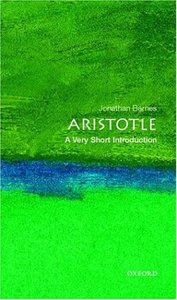 Posted by Anthony Panegyres at 8:02 PM