Latest Stories (including Kisses by Clockwork) and Current Reads

Latest story releases: "The Tic-Toc Boy of Constantinople" in Kisses by Clockwork and "Submerging" in Overland Journal Issue 214, Autumn

"Submerging" in Overland Journal 214, Autumn can be ordered here: http://overland.org.au/shop/

There's some truly courageous articles in the journal, as well as three other stories, so it's well worth the read - as is every edition of Overland. 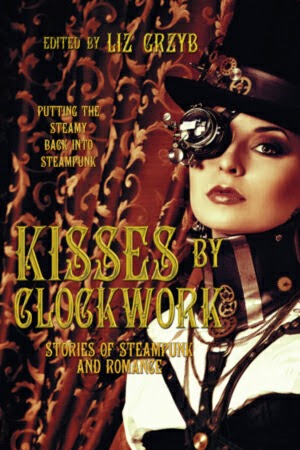 And "The Tic-Toc Boy of Constantinople" in Kisses by Clockwork will be released at a mega-launch party at Continuum (the national convention)  at the Intercontinental Rialto in Melbourne on Saturday the 8th June starting at 2pm.

Wish I could be there - it's a Perth tyranny of distance type of thing.

Needless to say, the story is a different work from "Submerging". Steampunk is a whole fascinating genre in its own right, including very stylistic art and craft. As usual, I'd imagine that there will be a little magic for all types of readers in Liz Grzyb's (Ticonderoga Publications) latest anthology. It's a pleasure playing a small role in it (or at least a good 20 page role). I can't wait to plunge into the steam-filled pages myself. I've set the timer on: tic-toc, tic-toc, tic-toc...

And after the launch Kisses by Clockwork will be available from Amazon Books, Book Depository or Indiebooksonline:

Congrats to Liz Gryzb and all the writers involved.

Currently Reading: Just finished The Pure Gold Baby by Margaret Drabble. The ideas, commentary on society, and Drabble's rhythm, all scintillate. Its pitfall, however, is the distant narrative voice (distant from the story rather than cold and distant), which fails to captivate for the novel's entirety. It does, however, work superbly in patches.

The Pure Gold Baby isn't a bad read but the observant quasi-Victorian point of view needs to be more engrained within the story. I think it may be the case of a fine writer not being at her best here, or perhaps, Drabble is enjoying a dose of self-indulgence that ultimately over-weighs the reader.

I'm also reading Dangerous Women ed. George RR Martin & Gardner Dozois. It's a compilation of stories and novellas with some real meat on them. Some standouts so far include: Joe Abercrombie's "Some Desperado", which is an action-packed Western with superb prose. After being slightly disappointed by Queenpin, Megan Abbott shows more than just the goods here with a wonderfully structured story that few writers could execute in the brilliant and psychologically intricate "My Heart is Either Broken".  "Wrestling Jesus" by Lawrence Block is a fun story of rugged 'old-school' masculinity. "Neighbors" by Megan Lindholm is easily the best story exploring issues relating to dementia that I've ever read and "Shadows For Silence in the Forests of Hell" is my first introduction to Brandon Sanderson and it's a pleasant surprise. More highlights to come.


Posted by Anthony Panegyres at 6:27 PM