Books Out of Print

Books Out of Print

I am not supposed to walk much - I do a little - but sport has become more of the seated viewer variety. And as for the cathartic 'zeimbekiko' dance, I've been forced to civilise my  inner-Dionysos. On the bright side, my traitorous knee has freed me up some time for reading and writing.

It is the reading, or more specifically the publishing, that vexes me. So many great books are out of print - or were when I bought them. I have a quirk that if an author is alive I like to pay them (buy their book). It's my way of giving thanks for the privilege of reading their work. Recently however,  I ordered four secondhand books, two by a living writer: Doctor Rat and The Midnight Examiner both by William Kotzwinkle. And although Roger Zelazny passed away in 1995, I still would have bought a new copy of This Immortal over the tattered copy I ordered in, the same applies to Folktales of Greece by the Greek literary scholar, Georgios Megas. Why the orders? Because they are (or were at the time) all out of print. 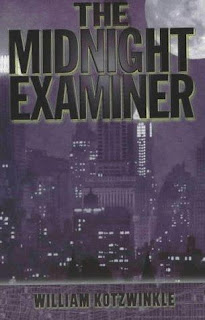 With the exception of the more obscure Megas book, the others are still written about and discussed - at least in my circle of friends. I'll forgive the publishing world regarding Megas (it's a highly specific text) but not for William Kotzwinkle; Doctor Rat won a World Fantasy Award (WFA) and Kotzwinkle still has quite a name for himself. The Fan Man's (Kotzwinkle's cult-classic) first chapter was released before the novel and immediately became a critically acclaimed short story ('A Fugue in A Minor') -  a well-merited selection by Richard Ford in The GRANTA BOOK of the AMERICAN SHORT STORIES .  ABC Books also have The Midnight Examiner (along with The Fan Man) in their 1001 BOOKS YOU MUST READ BEFORE YOU DIE . With two novels in the ABC's book of recommendations you'd think some publisher out there would make them available.

And Roger Zelazny's This Immortal (originally a two part serial called ...And Call me Conrad in The Magazine of Fantasy and Science Fiction) was a Hugo winner. Whether past WFA and Hugo Awards are dated is not the issue here. People still want to read them - if I do (along with some of my friends) then other readers out there must be curious too. 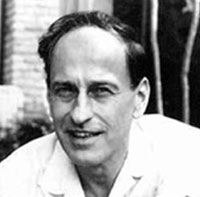 Posted by Anthony Panegyres at 5:38 PM