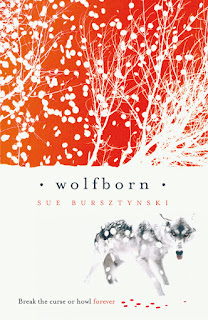 If anybody knows how to write for younger readers it's Sue Bursztynski. The French medieval tale Bisclavret has been adapted and extended out nicely to novel length here, which hopefully encourages readers to do a little research into folk literature and also set them on the pathway to longer length works.

Romance, medieval castles and keeps, an enchanted forest, the faerie world with Celtic-like Gods and of course werewolves (the good bisclavret and an evil loup- garou) make for an enjoyable and gripping read with the language suitably targeting young adults.

I had the good fortune of meeting Sue earlier this year in Perth and there are few around who know folk and fairy tales as well as her. Sue has utilised her bottomless well of  folk-knowledge to great effect here with Wolfborn.
Posted by Anthony Panegyres at 2:21 AM No comments:

And More Books (plus a little on Michael Swanwick)

And More Books
(plus a little on Michael Swanwick)

With the exception of journals and perhaps the occasional anthology, I think I’ll impose a ban on my buying for the rest of the year. I have another novel on order but my reading shelf is overflowing.

This time everything was on sale at Planet Books. Thank you, Planet! 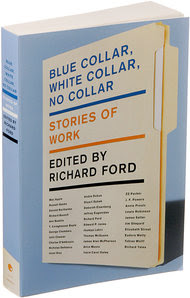 To be honest, stories based in the work place aren't something that I avidly seek out. But this collection I couldn't pass up. The list of authors in Blue Collar, White Collar, No Collar would magnetise many a reader: Jeffrey Eugenides, John Cheever, Joyce Carol Oates, Tobias Wolff, Richard Ford, Alice Munro, Eudora Weatly, Jhumpa Lahiri, Edward P. Jones, James Alan McPherson, Annie Proulx, Elizabeth Strout and Donald Bathelme are just a few of the many heavyweights here. Believe it or not, the list goes on. 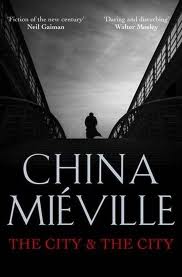 The City & the City by Mieville

The hype around this novel finally caught up with me.

Stations of the Tide by Michael Swanwick 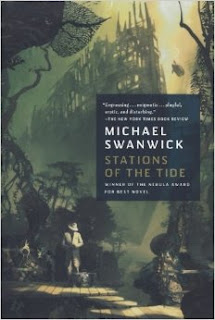 I’ve read the novel The Iron Dragon’s Daughter, which was inventive and interesting. I liked it and believe that it was an important pioneering work that subverted the usual derivative Tolkienesque elements of high fantasy. While respecting the Iron Dragon’s Daughter, I did not, however, love it like most of the readers I’ve discussed it with. The follow up, Dragons of Babel meandered quite a bit (which I did not mind) and had some captivating parts but overall I felt it was the lesser of the duo.

Contrastingly, Swanwick’s short fiction is more than just good – it is frequently exceptional. He is one of the bravest, freshest and most innovative voices around. At shorter lengths, where his ideas are contained, he has produced some of my favourite stories, which I’ll wax lyrical about another time.

On seeing Stations of the Tide - having recently read and generally enjoyed one of his anthologies: The Dog said Bow-Wow - I thought I’d give his longer length works another try. Plus this one won the Nebula Award.

Why would I read another one of his longer works after not being totally taken by The Dragons of (especially when there are so many great works out there to read)? I still enjoyed his novels, plus Swanwick always provides a spark or two.

Posted by Anthony Panegyres at 5:59 AM 2 comments:

"Hanwell in Hell" by Zadie Smith

﻿
"Hanwell in Hell" met the lofty expectations I hold whenever I read Zadie Smith.

Clive Black narrates to Hanwell's daughter the sole encounter he had with her father.

Zadie Smith is typically rich here and is not fearful of holding back, which is something I have always admired in her writing. Her specific details make the locale, characters and atmosphere spring to life in a superbly drawn story.


Posted by Anthony Panegyres at 6:34 PM No comments:

Short Story: 'So Help Me God' by Joyce Carol Oates


"So Help me God" by Joyce Carol Oates

From Oates’ superb anthology: The Female of the Species: Tales of Mystery and Suspense

Home alone, a young wife receives a call. Is she being baited for a trap laid by her jealous husband or is it a stranger who seems to know more about her than he should?

Joyce Carol Oates is one of those authors who simply inspires other writers. She’s an exceptional craftsman whose tales unravel deliciously- even when there is the occasional sense of the inevitable. Her narrative voice in short fiction is more than just impressive; she is able to evoke emotion and character with an arguably unrivalled mastery. Posted by Anthony Panegyres at 8:10 PM No comments:

Went down to Planet Books for their mega-sale and as usual bought books that weren't on sale.

MY MOTHER SHE KILLED ME, MY FATHER HE ATE ME
Forty New Fairy Tales edited by Kate Bernheimer 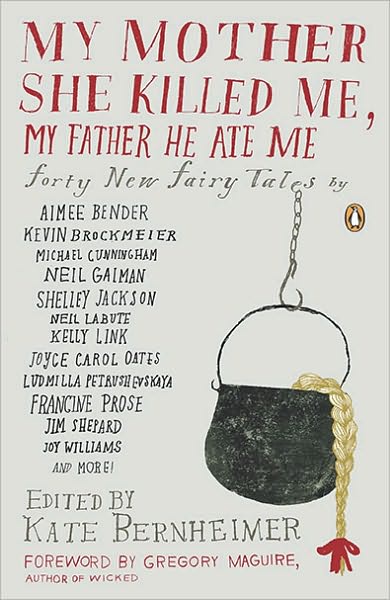 The Comedians by Graham Greene.

Whenever I feel the need for a reliable read I turn to Greene. As such, ﻿I am ever thankful that he was so prolific. I bought this on the advice of Guy Salvidge whose second novel, Yellowcake Springs will be released soon. 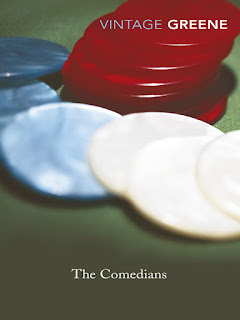 I just disco﻿vered that there is a larger collection called Warriors, so it was a bit of a poor impulsive buy. Dozois, along with Datlow and Strahan (who we are lucky to have living here in Perth) are arguably the three best editors/anthologists going around in the field.

I chiefly bought it because it includes a new novella by Martin; his worlds are like the forbidden turkish delight offered in Narnia - deliciously sweet but wrought with peril.

I am currently reading Palace Walk by Naguib Mahfouz.

Feel free to comment on any of the above or even your own recent buys/reads.﻿
Posted by Anthony Panegyres at 6:38 PM 2 comments: