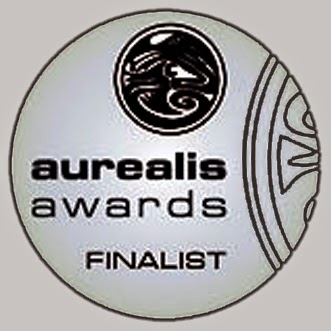 Congratulations to all the writers, editors and artists recently shortlisted for the Aurealis Awards. I hope the link below provides readers the opportunity to further explore books, writers and artists from the world of speculative fiction.

And on a minor note, I've a story in one of the finalist anthologies: Kisses by Clockwork.  A special thanks to editor Liz Grzyb and all of the talented writers who contributed to the work.


And on a final aside, I really connected with elements of this lovely post by Angela Slatter (link below). Although, on a personal level, I don't write for myself entirely (and I also know of a lot of writers who do have a reading audience in mind) there are still many truths to this post, and Angela Slatter's humility, especially in the light of all those nominations, is delightful to see. Well worth a read to reflect on why writers write; it also it touches on the psychology of 'below the line' and 'above the line' thinking in the subjective fields of reading, writing and awards.

Joyce Carol Oates is one of my all time favourite short story writers. I don't know why I haven't taken the plunge into her novels - it might just be that I'm still reveling in her shorter work. After some advice from Australian horror writer/editor Marty Young at Russell B. Farr's birthday just the other night, I think I'll start on her novellas soon.

Although there is a feminist sensibility to much of Oates' work, I would love to see a  stronger female role model on occasion. Women undergo a lot of suffering in Oates' short fiction, both physically and emotionally,  and frequently at the hands of men. The question is: how much of it can a reader handle?

Despite this quibble, Oates, without a doubt, merits reading. I've mentioned 'Fossil Figures' and 'So Help me God' on this blog before but almost all of Oates' tales,  which often lean towards the macabre, simply inspire.  Oates is a writer's writer; there is so much writers can glean from Oates: structurally, stylistically, and especially atmospherically. 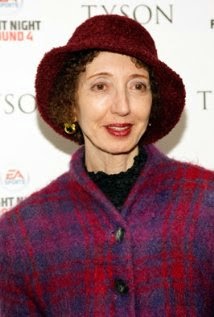 Running! If there's any activity happier, more exhilarating, more nourishing to the imagination, I can't think of what it might be...Ideally, the runner who's a writer is running through the land- and cityscapes of her fiction, like a ghost in a real setting.

Unfortunately, I can't run due to my knee but I can imagine the exhilaration Oates derives from it as conveyed in her essay on writing from The New York Times. Haruki Murakami is another writer who swears by running. Maybe it's a panacea for writer's block or clearing up that narrative clutter whirling about in writers' minds?

Maybe I can't run but I am riding now - and I always feel upbeat throughout the day on those mornings that I pedal away. We're so fortunate here in Perth to have the Swan River bike pathways. I hope that never changes.
Posted by Anthony Panegyres at 1:40 AM 2 comments: