Writers are told all manner of 'rules': don't pull the readers out of the story; start late finish early; show don't tell. The list is endless. These rules are well-meaning but good writers are criminals who break the rules, or at least shift them, whenever it suits. But what about planning a story? What about the before work?

There is no doubt that a plan can aid a writer. This doesn't necessarily mean a formal plan, it may mean that a writer has pondered over the strength of the idea, its potential pitfalls and its many possibilities before putting pen to paper.

But there is also an inherent danger with planning – or to be more precise: it's often perilous to insist on sticking to the initial plan. Not one of my stories has panned out exactly as intended and that's a great thing to say. It's the most wondrous part of the narrative craft, the ability to be flexible, cull parts that you originally desired but don't quite fit the mould as the work evolves. Writers benefit from allowing for that evolution. Their revising and chiseling away allows for something richer than the original 'primitive' being.

What does this mean for a writer? It means discovering those emerging threads and elements in their piece, and nourishing them.

From my own observations of others, sticking to a slanted theme, which a writer hangs preciously on to, can be the most hazardous approach. I've read some drafts from writers whereby the original aim of the work is actually the sole thing holding back a piece. Furthermore, the clinging necessity for that original idea to be conveyed is harming rather than enhancing the story. It's a hard thing to acknowledge: that the very essence of what a writer initially intends to do actually requires a new perspective or viewpoint or approach taken to a theme. 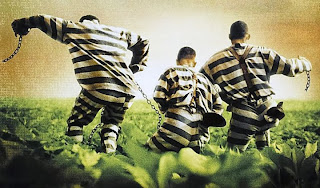 So it's not about murdering your darlings sometimes, it's also being able to murder the perspective or angle taken relating to your original theme and re-visualising it according to the strength of the work itself.

Serendipity is a magical thing and once unearthed, nurture it. Don’t let the chains of your primary vision shackle its evolution.

Currently Reading (outside of this edition of Meanjin, which I've a story in): Richard Yates, Alice Munro, Philip Mansel and Michael Swanwick. They're all so satisfying that I've slowed my reading pace to prevent from finishing early. Sad but true.

Latest Dark Matter review of "Oleander: An Ottoman Tale" from Dreaming of Djinn

Nalini Haynes' Dark Matter Review of my story "Oleander: An Ottoman Tale" from the Dreaming of Djinn

Chrisaphina lives in a hostile world where her father’s business is failing and she must marry to survive off the streets. Her brother was lost to the Janissary corps; every street urchin reminds her of him. Chrisaphina’s father wants to marry her to a Muslim while she imagines herself in love with a stranger who rides by daily. A djinn imbues the story with mystery.


For reviews of other stories by in the anthology, please visit the link below:
http://www.darkmatterfanzine.com/dmf/dreaming-of-djinn/

Posted by Anthony Panegyres at 10:47 PM No comments: