Aurealis judges recently stated that it was an epic year for Australian short fiction, so it's a privilege to have a story nestled among the wonderful writers listed in this Ticonderoga collection. I can't wait to read it myself! 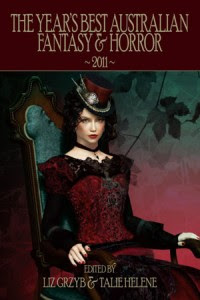 Liz Grzyb and Talie Helene should be congratulated on the challenging task of compiling 32 stories and poems.
The contents are:
The volume will also include a review of 2011 and a list of recommended stories.

The Year's Best Australian Fantasy and Horror 2011 is scheduled for publication in July 2012 and can be pre-ordered at indiebooksonline.com. The anthology will be available in hardcover, ebook and trade editions.


I've been told that in Perth, both Planet Books and Crow Books will be stocking it too.
Posted by Anthony Panegyres at 3:19 AM 3 comments:

'Imitation is deeply rooted as a form of cultural transmission; we tell our old stories again and again.'

Nicholas Delbanco
Posted by Anthony Panegyres at 2:38 AM No comments:

Food, the Night Sky and the Aurealis Awards

Food, the Night Sky and the Aurealis Awards

In the movie A Touch of Spice the Pappou says to his grandson, Fanis, that in the word gastronomos (gastronomer) is hidden the word astrononomos (astronomer). Well, stargazing is something I love - not in a scientific sense (ask me the zodiac signs and I'd fail you every time) -  the glitter in the night sky for me is more of a whimsy, the same kind that lures me towards food. There's something fanciful about them both.

On my first night in Sydney, I enjoyed a sumptuous Greek dinner at Xanthi restaurant with my old childhood friend, Andrew Lui. The watermelon and manouri salad was a winner. I haven't eaten manouri cheese since my six month sojourn in Greece some eleven or so years ago (it's more subtle than feta). The pork belly baklava was an inventive success, the souzoukakia compared to my own father's 'special' recipe, and the tuna souvlakia were chunky and satisfying. The octopus was a little too well done and they served the baby kind that never seem to taste quite right, but the rest of the meal was 'five-times tasty' as they say in Greek.

The following night, after a starry walk from the hotel to the Independent Theatre, I saw some other stars -  the literary kind - at the Aurealis Awards. My category was won by Thoraiya Dyer, who made a gracious speech. It's her second win running, which did not deter Margo Lanagan, DC White and me from having a fabulous time.

Winners in other categories can be found via the link. Once again, congrats to both them and all the finalists, especially Thoraiya. 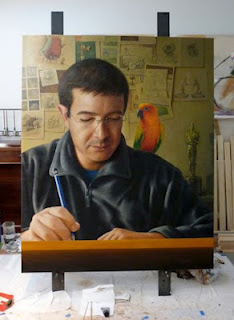 For lunch the next day we salivated over and then ate moussaka made by the talented artist, Nick Stathopoulos. With Nick's culinary magic, perhaps he also finds the stars above something to delight in. 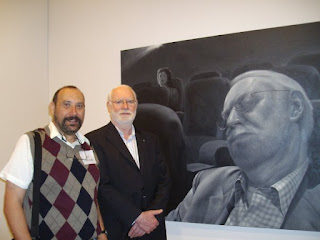 And finally, scientific proof that food in stories makes reading a sensual experience (see the attachment below). I'm sure that someone will soon discover a similar link between reading and writing and the night sky...

Currently Reading and off to Sydney

I've just finished The House on Mango Street by Sandra Cisneros, a novella made up of poetic vignettes set in a crowded and predominantly Latino street; the dystopian classic Brave New World by Aldous Huxley; and the comical parody Cold Comfort Farm by Stella Gibbons

In addition, I've also read the short story 'Fossil Figures' by Joyce Carol Oates from the anthology Stories (ed. Michael Gaiman and Al Sorrentino).  I regard Oates as the ultimate writers' writer, and as such, I'm in fearful awe of her work. 'Fossil Figures' was a deserved winner of the World Fantasy Award and I can already say that it's one of the better stories I've read. My preferred works are often those that blur 'literature' and 'genre' and Joyce Carol Oates is an exceptional exponent of this.

Currently, I'm reading the anthology Eleven Kinds of Loneliness by Richard Yates. Each story so far has impressed me, so much so, that I think Yates is comparable to John Cheever in terms of accomplished and assured narratives. Richard Yates' writing is both humorous and poignant and he successfully encapsulated the hopes and failures of 'everyday' Americans.

Afterwards, I'll read The Master of Ballantrae by Robert Louis Stevenson. The Strange Case of Dr Jekyll and Mr Hyde by Stevenson is a favourite of mine. Vladimir Nabokov aptly described it as 'delightfully winey'. I think I enjoyed an abstemious red or two while reading it.. 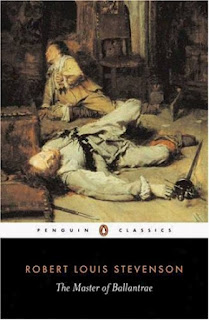 Sadly, despite being widely praised for The Fan Man, Doctor Rat, The Midnight Examiner and a number of short stories (including an O'Henry Award), Kotzwinkle is most widely recognised for his novelisation of ET. Mind you, Steven Spielberg specifically requested Kotzwinkle as he loved his work.

On the Personal Side

Off to Sydney for the Aurealis Awards where I'm honoured to be a short story finalist alongside Margo Lanagan, Thoraiya Dyer and DC White. I've never been to Australia's version of the 'big smoke' so it should be fun. I hope to go to a Greek restaurant, see some sites and generally celebrate the occasion. I'm also catching up with an old friend, Andrew Lui. I have been in contact with Andrew since kindegarten where I wore a yellow Popeye t-shirt and he a t-shirt with stripes. Both of us were terrified of kiss-chasey.
Posted by Anthony Panegyres at 6:03 PM 2 comments: