A year after I got there, Engle rescued an economically drowning Richard Yates, one of the most excellent writers I ever met, a second time.

Kurt Vonnegut Jr, Despite Tough Guys, Life Is Not the Only School for Real Novelists 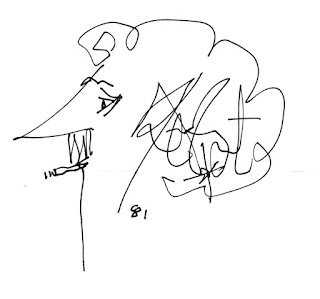 Both Kurt Vonnegut Jr and Richard Yates taught at the famed Iowa Writing Centre. The reasons I love the above line are threefold: firstly, it illustrates Vonnegut's admiration for Yates in spite of the pair's writing being poles apart; secondly, it shows Vonnegut's ability to see greatness in a writer whose commercial success arrived posthumously; and thirdly, it's about two writers I esteem – both authors were accomplished in their own unique ways.

Vonnegut is best seen as a satirist, not in the richer British tradition of Martin Amis or Will Self, but in a more minimalist, cutting way. Vonnegut's characters and their drives are relatively simplistic, but always fun and effective; his prose is spare, which helps add weight and an acidic sharpness to his jokes.

My uncle introduced me to Vonnegut in high school. It wasn't the traditional introduction through his two most celebrated works: Slaughterhouse-Five or Breakfast of Champions, but via Bluebeard, a novel that is still one of my favourites by Vonnegut. Bluebeard is the story of the fictitious Armenian-American minimalist painter Rabo Karabekian. It furthers Vonnegut's exploration of the psyche of prisoners of war that he is renown for.

Since Bluebeard, I've read plenty of Vonnegut. My preferred Vonnegut works are a little less known...well, lesser known for Vonnegut.

God Bless You, Mr. Rosewater is a satirical delight, examining all that is erroneous within the US. Wealth and power are as much the protagonists here as are Vonnegut's fairly uncomplicated, but once again, very effective, views of right and wrong.

Another favourite of mine is Timequake.  Although maligned, especially by critics at the time, I see Timequake as a wonderful fusion of genre. It's really Vonnegut's philosophising on life as much as it is a fiction novel. In effect it's his blended non-fiction/fiction manifesto. In fact, most of the content in Vonnegut's A Man Without a Country: his criticisms of the US; his addressing of life's ironies; along with presenting his own beliefs and values, have actually all been laid out beforehand in Timequake. I've a feeling that down the track more readers will see the beauty of Timequake, especially when they realise A Man Without a Country is, in essence, a rewrite of Timequake, albeit in a more accessible form.

A couple of the interviews in God Bless You, Dr Kevorkian are also a hoot.

Which brings me to Yates, the writer Vonnegut justifiably labels 'excellent'. Although Raymond Carver is often seen as the iconic American short story writer, personally –for me at least– Yates towers over him (as does John Cheever), so it's refreshing to read about Vonnegut's appreciation of Yates, a writer whose work is so different from his own. The tips I've read or heard from numerous short story writers frequently reinforce their own personal writing styles rather than giving homage to the broader repertoire of effective styles out there. That's not the case here. While Vonnegut is a crisp minimalist satirist, Yates captures and expands on moments in time. Relationships are put under the microscope in displays of prose mastery. Yates' exploration of the human condition includes our sense of nostalgia, life's bitter turns, mislead lust and misplaced ambition, the marvel and tragedy of love and loss, along with the bittersweet aspects of life, in nearly every story. His two collections, Eleven Kinds of Loneliness and Liars in Love, magically capture the imaginings, along with the urban discontent, of everyday Americans. Although not nearly as funny as Vonnegut's work, these collections are two of my all-time favourites.


Posted by Anthony Panegyres at 6:38 PM No comments: