I’m currently reading Vampires in the Lemon Grove by the exceptional Karen Russell and Eclipse Four ed Jonathan Strahan. Reading Strahan’s Locus Awards anthology led me to appreciate long speculative fiction and its vast potential in the literary world. Since then I’ve bought most of his many anthologies, so it’s time I got around to reading them. I’ll comment on both of these works in next year’s review.

I’m also reading Junot Diaz’ The Brief Wonderful Life of Oscar Wao, which has impressed me, particularly in terms of wit and fresh narrative voice. For those of us outside of the Hispanic World, a glossary of Spanish terms could have come in handy. Nevertheless, I think it deserved its awarded Pulitzer.

And finally, Dinosaurs, A Very Short Introduction by the palaeobiologist, David Norman. Robert Bakker’s innovative work rejuvenated my interest in the ‘adult’ world of dinosaurs and Norman writes along those lines (without being quite so provocative – Bakker covered a lot of that ground) so I’m savouring it. A recent visit to the marvellous Natural History Museum of London was the catalyst for the read.

Levant: Splendour and Castastrophe in the Mediterranean by Philip Mansel (History) 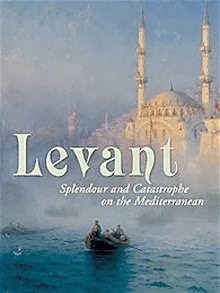 My Pappou grew up in Alexandria and was born in the town of Levisi, a now empty Greek town in modern day Turkey (Lycia), so this was a fascinating and almost personal read for me. I’ve also spent around six months in Thessaloniki (a city Mansel also delves into) when I was 24-25. Mansel is an extraordinary historian who is able to combine sophisticated language, anecdotes and primary sources in a style which is still quite intimate.  This is a must read for any history buff – or anyone interested in the Levant and its peoples (chiefly Arabs, Greeks, Turks, Armenians, Jews, French, Italians and Bulgarians). There is an in-depth coverage of Alexandria, Beirut, Smyrna/ Izmir and Thessaloniki/ Salonika. I consider myself well read on the topic but Mansel unearthed more than a few marvels for me in this excellent history.

It would be inappropriate to comment here on the two that I have stories in (Dreaming of Djinn and The Year’s Best Australian Fantasy & Horror, 2011).

Richard Yates’ Liars in Love and his Collected Stories are simply superb. In my opinion he deserved so much more recognition for his rendering of the world of the everyday man in such a sardonic, colourful and often poignant manner. I regularly reflect on his stories well after reading them. Yates’ short fiction is easily some of the best that I’ve read.


Selected Stories by Alice Munro, this year’s Nobel Laureate, is a collection that I’ve been dipping in and out of for the last couple of years. Munro is a modern day artist who breaks boundaries by venturing down different angles and paths in a rich descriptive tapestry, which often culminate in pensive open-endings. Although the collection is outstanding, I’d recommend that you read The Progress of Love or The Beggar’s Maid  (or both) as the stories from these collections stood out as being especially great.

And finally, for the fans of speculative fiction, Bad Power by Deborah Biancotti was a well-paced and well-written collection that kept me utterly absorbed. It was a pleasure discovering another Australian talent this year.

Two Australian writers stole the ‘reading show’ for me this year: Hannah Kent’s Burial Rites was my favourite with Margo Lanagan’s Sea Hearts just a smidgen away from it. Both are set on cold, windy isles. Kent’s is an historical story set in Iceland and Lanagan’s is on a fictional ‘selkie’ island that sounds like it’s off the coast of the British Isles.

I also found Neil Gaiman’s YA novel (a genre I don’t typically warm to) The Ocean at the End of the Lane a very good read.

Hannah Kent’s Burial Rites left me wondering at first. There are a few places where the writing could have been stronger - her overt use of ‘pause’ in one or two places in her dialogue could have been handled with more subtlety (the word itself in dialogue is usually superfluous if the punctuation is there) and there were some other areas that in a basic technical sense jarred. But there are also so many strengths here. Kent places the reader into an Iceland of yesteryear in a brilliantly effective fashion, working with sensory imagery that has you living and breathing the very land.  I was consumed by the smells and workings of the hearth; the cold nipped at and bit at my skin. And then there is the constant unveiling, which invites the reader to plunge into the icy story and consume it greedily. This is not only a special debut novel, it is a special novel. Kudos to Kent. It will most likely be made into an award winning film. The atmosphere and tension that Kent has masterfully created have all the makings. 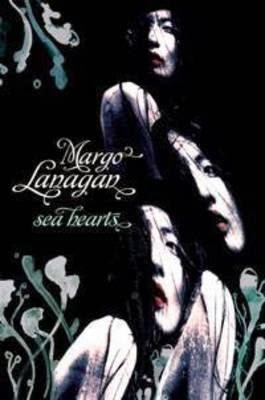 Margo Lanagan’s Sea Hearts is a novel that I’ve commented on before but do read this non–linear novel. You’ll feel as though you’re on some wind-swept, cold Celtic island being buffeted about (yes, both sun-struck Australians' works: Kent's and Lanagan's, share strong atmospheric similarities). The characters are particularly well-drawn and Lanagan writes this in her typically strong voiced folksy manner. There’s plenty of rhythm in the prose and although it may feel fairly simple, there are the usual ‘Lanagan layers’ that warrant a much closer look. Sea Hearts deserves the praise and many awards it’s received. Awards for Lanagan have become ubiquitous in speculative fiction, and why not? Lanagan is certainly a praise-worthy writer.

Gaiman’s The Ocean at the End of the Lane utilises language appropriate for younger readers. It’s written in an honest and ‘pure’ style and doesn’t seem to overextend for anything more. Oceans at the End of the Lane is a reflective novel delving into the protagonist’s childhood. It examines fantasy and memory and the life-changing moments of one’s life. I always enjoy Gaiman but for me this had something special and the book club conversation with Tara and Colleen only confirmed that. There are a couple of ways that you could examine this novel and its use of fantasy. What’s real and what isn’t? The mundane vs the fantastic vs the combination of both. It’s Gaiman’s ‘coming-of-age’ work, although I’m not entirely sure that the younger target audience will appreciate it as much as older readers. Its reflective voice is sincere and honest and ultimately it’s this pared back ‘purity’ that makes the story all the more powerful.

Hate to say it but Anna Funder’s All That I Am.
I missed something here. I wanted to love it. It examines some potentially interesting characters during the latter days of the Weimar Republic and then the resistance against the Nazis afterwards. What shouldn't there be to like? But it fell flat with me. It wasn’t terrible but it certainly didn’t live up to the hype surrounding it. Then again, reading is such a subjective pastime.

I have only written a couple of stories each year of late due to work commitments, so having two more published in 2013 was very rewarding. It was nice to have a ‘lit’ story in Meanjin as well as an historical-fantasy in the anthology Dreaming of Djinn.

With regards to the story from that anthology, it was a thrill to see it reviewed so nicely by Rich Horton in the pages of the world’s leading speculative fiction magazine Locus Magazine.

I’ve finished my first draft of a novel too.

As for blogging, possibly one post a month. I don’t put my personal world out there, which makes this a very ‘bookish’ blog. I’m not a blogger by nature, so expect fewer of these unpolished posts. I wrote far fewer this year too. It’s just not a world that I’m crazy about. Although I will confess to following quite a few blogs of others…

Once again, it’s been nice to have a foot in both camps: the ‘realist’ world and the ‘spec-fic’ world. I’ve two stories coming out soon: my shortest story ever at only 2300 words, “Submerging” will be in Overland Literary Journal #214. It’s my second story in what’s my favourite literary journal, and I’m also ecstatic that “The Tic-Toc Boy of Constantinople” will be in the Ticonderoga anthology Kisses by Clockwork ed. Liz Grzyb.
The latter story is much longer at almost 7000 words. It’s the second time that I’ve purposefully written for an anthology (Dreaming of Djinn was the first). It’s an interesting process. You’re compelled to write something that at least squeezes into a theme and therefore it encourages ‘forced creativity’. And let’s not forget a much shorter timeline. It enables you, as a writer, to also test your boundaries, writing for a theme that you may not have naturally written about beforehand. The story, a fairly dark one, is my first venture into the realm of ‘steampunk’. Don’t read my story for the romance though – there’s not a Hell of a lot there.

I’ve read 106 stories and anally recorded them. My usual list of the 25 best reads of 2013 will be posted soon.

Just wanted to wish you all the best for 2014. Hope that you get to read a few books, watch a few films, go for a few walks, sing a few songs, and let those close to you know that you care.
Posted by Anthony Panegyres at 3:31 AM 1 comment:

25 Recommended Stories from my 2013 Reading

In 2013, I read 106 'long' short stories. Finalising a list of 25 highly recommended stories is never easy but these were my favourites:

“The Turkey Season” Alice Munro (Selected Stories: Originally in The Moons of Jupiter) 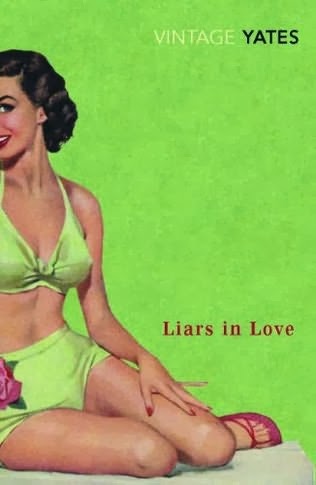 “This is my Living Room” Tom Mcafee (Points of View: An Anthology of Short Stories ed. James Moffett & Kenneth R. McElheny originally in Poems and Stories by Tom Mcafee)

Posted by Anthony Panegyres at 3:05 AM 2 comments:

Year in Review to Come and Latest Publication News

In the UK on holidays, so I'll post my usual year in review regarding reading and writing when I'm back in Australia. It'll include the usual list of my favourite 25 stories from the year's reading.

In the meanwhile, 2014 is looking great. Before the end of 2013, I heard news that I'll have two stories out in the earlier part of 2014: "Submerging" in Overland 214, which is my second story in that fantastic journal, and the other is "The Tic-Toc Boy of Constantinople", which I'd written for the Ticonderoga anthology Kisses by Clockwork.


Kisses by Clockwork edited by Liz Grzyb, will be published in April. The launch will be even more special as it's happening in my home city of Perth!


Contributing to its 105,000 words are some very fine spec-fic writers:
"Submerging" is a metaphorical story set on a fictitious Polynesian island and "The Tic-Toc Boy of Constantinople" is my first foray into the steampunk realm.

More news to come but for now I hope that you have a wonderful 2014!
Posted by Anthony Panegyres at 9:43 AM 1 comment: